Suea Koo means ‘Twin Tigers’ or ‘Paired Tigers’ and is a symmetrical Sak Yant with the two tigers representing “Maha Amnaj” (power over one’s subordinates), but is also ‘Serm Yos’ (Improve Status and Promotion), and is often used by Soldiers and Policemen in commanding positions.There are various interpretations of Yant Suea Koo depending on the Samnak, and the same can be said for which Kata Incantations are written in Khom Agkhara around the Yant. 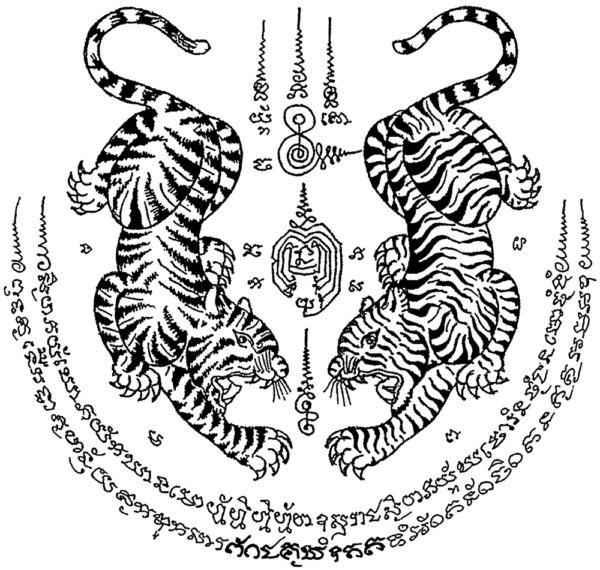 Between the two tigers is “Yant Putsoorn” or sometimes also called Yant Prajao Ha Pra Ongk, due to the fact that it contains the 5 syllable mantra of the aforesaid “Na Moe Put Taa Ya” within it. ” Putsoorn”, means “Buddha concentrically aligned” this is because each letter of the Kata is written around the previous one, resulting in a concentric circle of letters. The “Sacred Na” abelow the yant Putsoorn, is “Na Hua Jai Suea” (Na of the tigers heart). Above the Yant Putsoorn is another Sacred Na spell inscription.

Kata phonetics can unfortunately not be done for this particular design, due to the fact that all the designs in Ajarn Noo’s books are written falsely as far as Kata go. This is to prevent copycats (which it doesn’t, some people just get it done anyway). 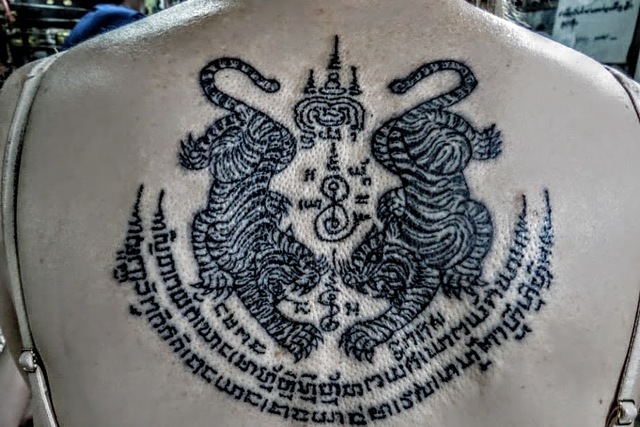 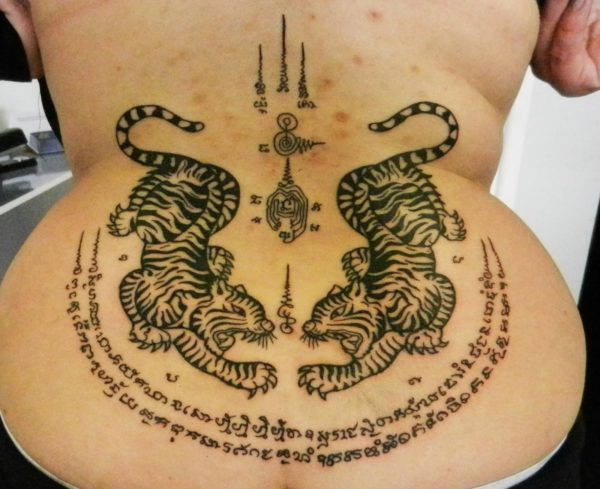 Sak Yant Suea Koo tattooed on the lower back

I shall be publishing more pics here of different versions by different masters as i get time, and will then expound on the katas possible for this tattoo.

New Tiger Yantra and Sak yant Tattoos will be added to the Gallery as time passes, and the collection grows. 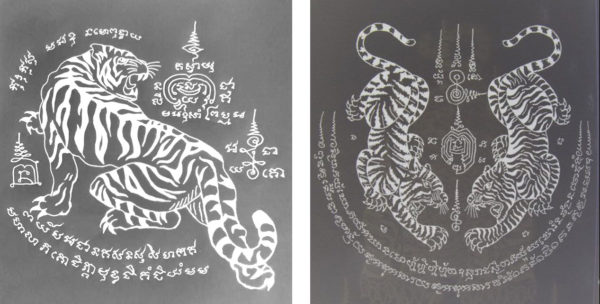