Yant Trinisinghae is an eminent member of the Pantheon of Sacred Yantra, which is seen emblazoned on the rear face of many amulets, amd is often incorporated within Sak Yant Thai Temple Tattoos, but rarely noticed or requested, despite its importance as one of the Greater Pantheon of Yant. 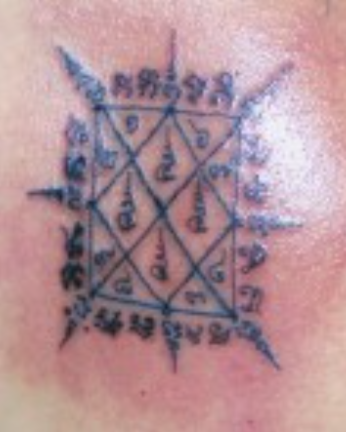 It is not seen so often tattooed in the skin as a Sak Yant Thai Temple Tattoo, but can be found, coming from certain Masters.

This seldomness to encounter as a tattoos is somehow strange in my opinion, because the Yant Trrinisinghae is a Yantra that most, if not all Ajarn Sak Yant will encounter and learn during their apprenticeships.

We can see an example of Yant Trinisinghae as a Sak Yant Thai Temple Tattoo from Ajarn Ui, from Ubon Rachatani in the image to the left. 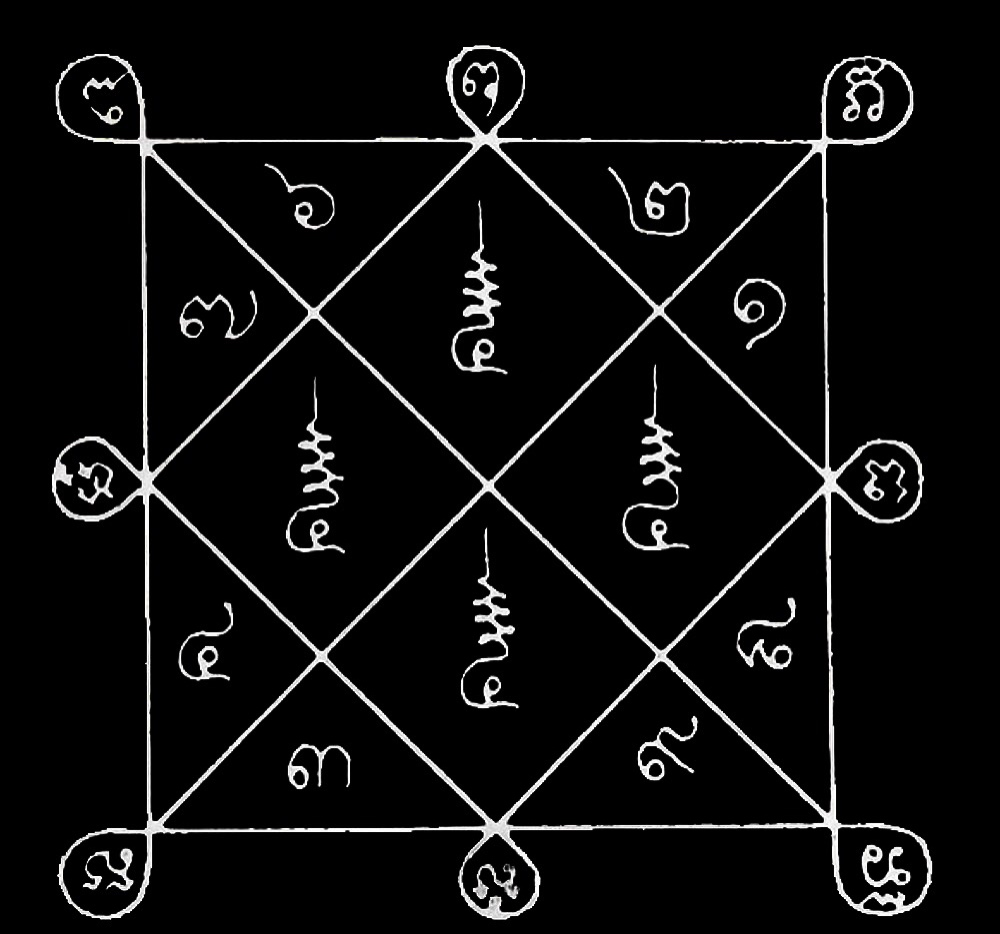 The Yant is  perhaps most famously known from being seen on the rear face of the world famous, amd incredibly expensive Pra Pid Ta Hlang Yant Trinisinghae Amulet of the Great Luang Phu To, of Wat Pradoo Chimplee temple in Bangkok. 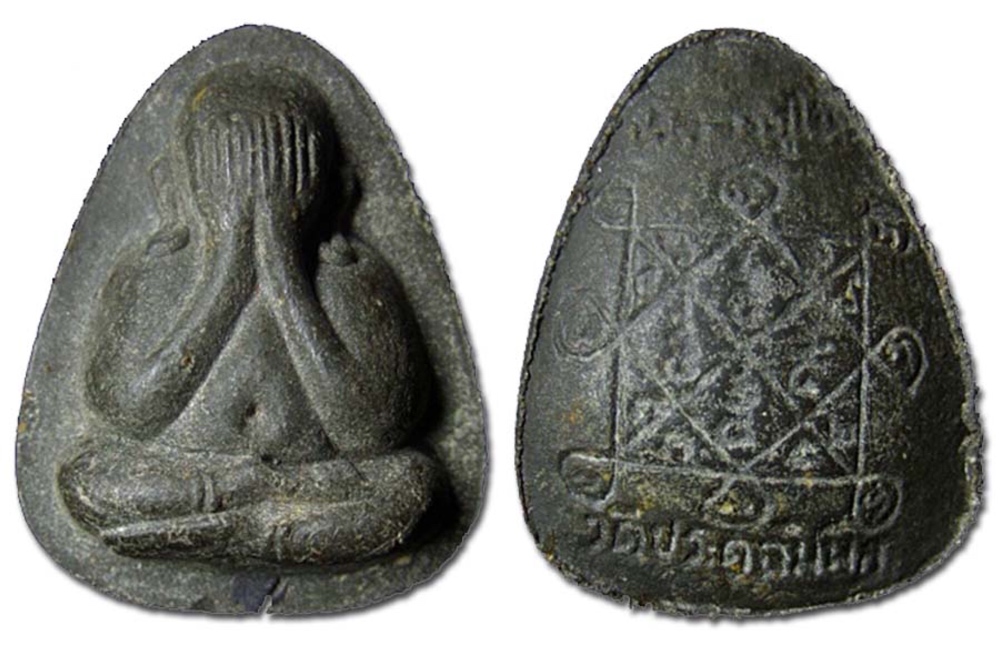 I have made a whiteboard videocast, to present you with a general synopsis of this most important Sacred Yantra.  I hope you find it interesting and informative

This Incantation is a Pra Kata (Buddhist Chant), which accompanies the Yant Trinisinghae