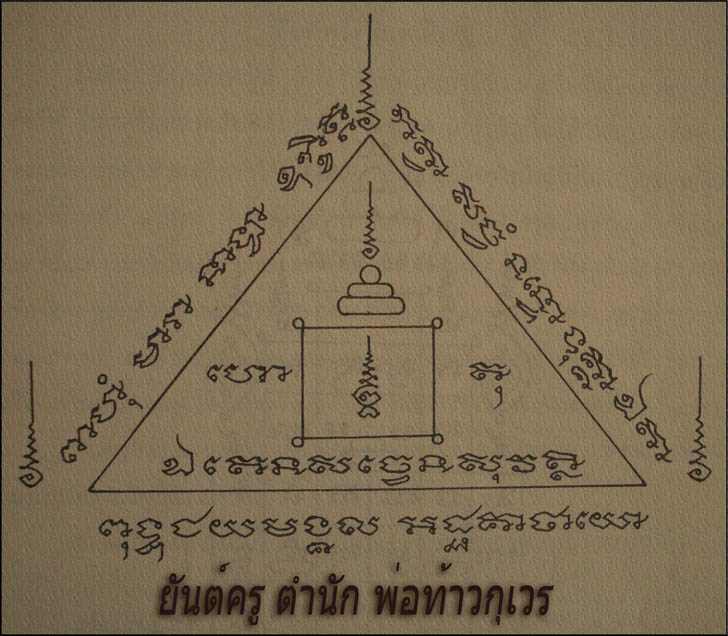 This is a triangular Yant with the heart mantras (Kata Hua Jai) containing the Kata Pahung in it. This Yant contains what for me is one of the most powerful Kata of all, and has become the Yant which i prefer to give to people as ‘Yant Kroo’. I have till now not seen anyone else tattoo this Yant, but am sure that some Ajarn would be happy to do it. This is official Yant Kroo of my ‘Dtamnak’ (in truth, the word ‘Samnak’ is only used for big temples and smaller ashrams are called ‘Dtamnak). I can not really call it a Dtamnak though because i don’t officially receive people for sak yant, rather only perform this on select people at select times.