The design Pantheon found in Sak Yant tattooing  is immense and varied. Apart from the geometrical Yantra, there are a great number of protagonists from the Ramakian Epic legends used in Sak Yant. The depictions of the Deities and heros of the Ramakian is believed to carry the power of the particular individual character within the tattoo, or Yant. Apart from these two kinds of Yantra, Sak yant tattoos also employ the use of Mythical Himapant Animals in the design pantheon too. The Himapant Animals are mythical creatures who appear in various legends as well as the Vedas of the Hindus. Himapant Animals are used to aqcuire power, preference,health, strength, luck and fortune. But there is one Yant which differs from all the others, is more rarely seen, and is considered to be more sacred than all the previously mentioned designs. The name of this Yant is “Yant Putta Nimit” (or Yant Pra Put) 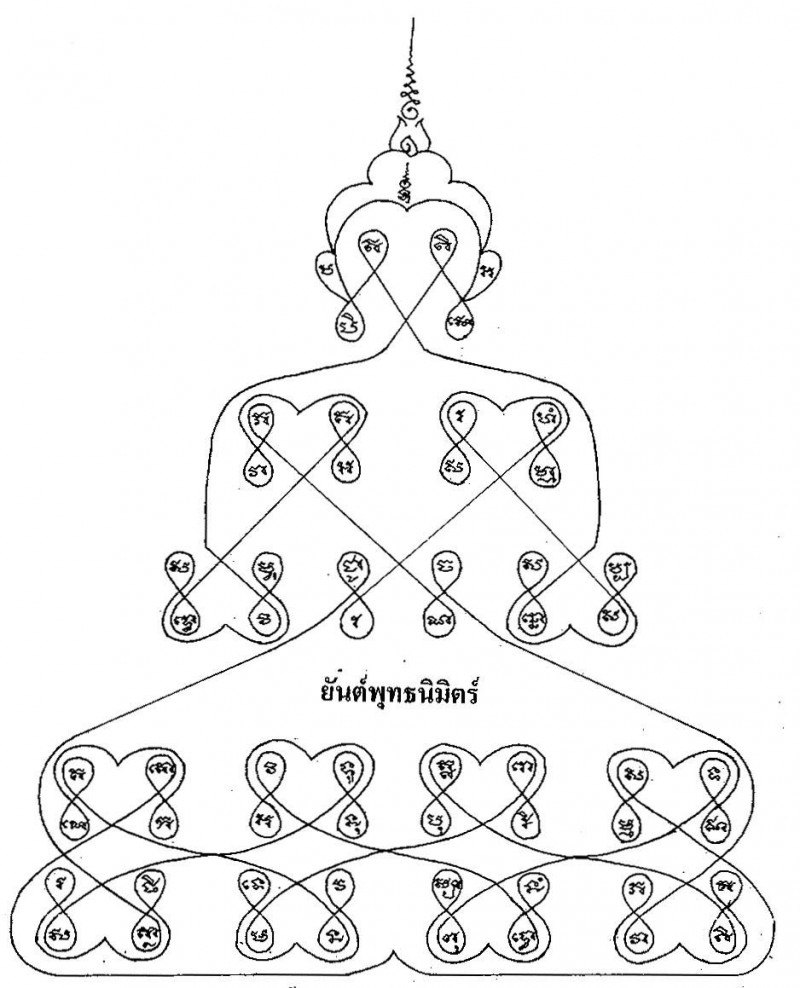 After completion of this, the Yant should be consecrated with;

But if you wish to consecrate this accordiing to tradition, you must not forget Kata Ratana Mala Sutta, which is chanted like this;

This Yant is good for absolutely everything, be it kong grapan, choke laap, klaew klaad, metta mahaniyom, pongan pai, puttakun mahaniyom. This Yant can be placed above your altar and be revered using the chanting of  Kata Puttanimit (daily).

This Yantra remains within the structure of traditional yant design because of the fact that it is drawn without lifting the pencil from the paper at all. The whole Buddha image is drawn in one line, with the exception of the ears.