[ad#adsensesmallsquare200floatleft]Jahmin Saen Pon Paay is a young artist based in Phuket.
In the moment he still hasn’t opened his own samnak sak for he is still studying and practicing Muay Thai. He does however, accept sak yant commissions and works out of the Buddha Shrine room of a local Spa, who let him perform sak yant there. He is initiated according to the traditional method of Lineage as seen in the below photos. His sak yant tattoos are beautifully honed with fine precision and detail. 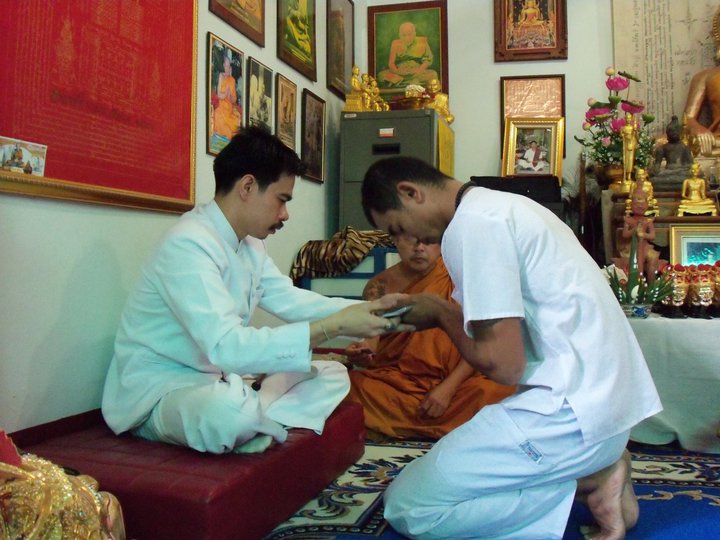 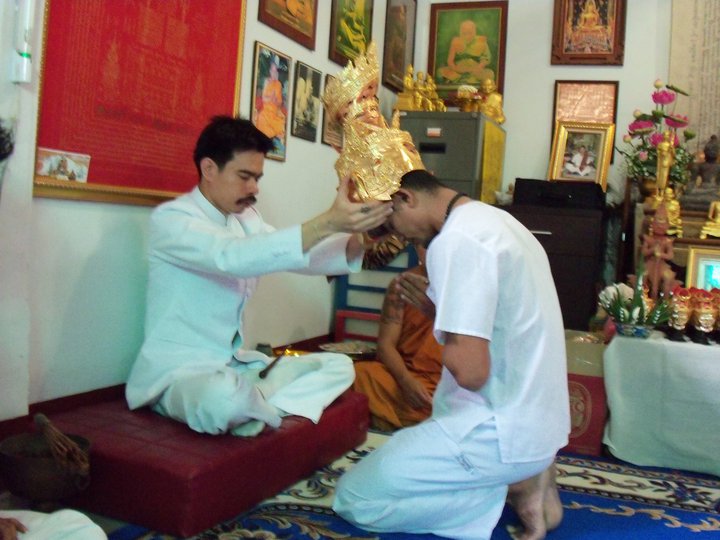 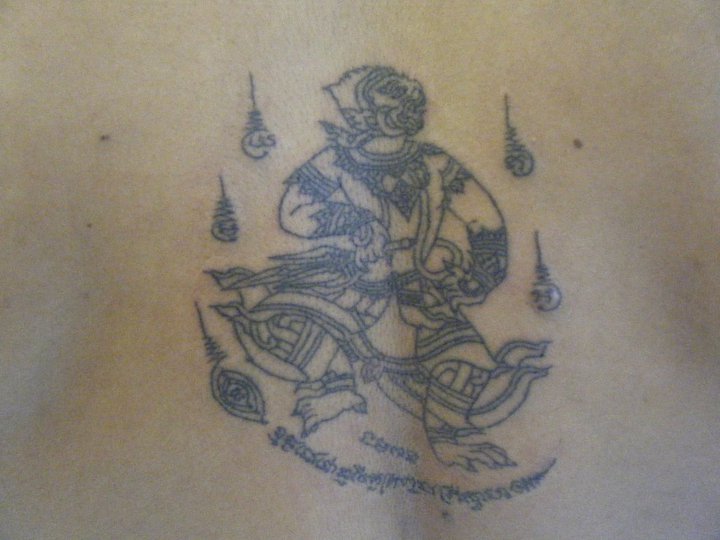 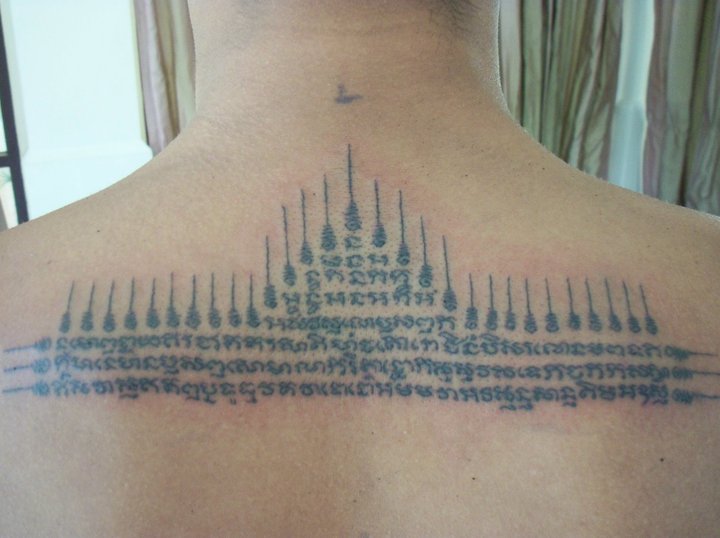 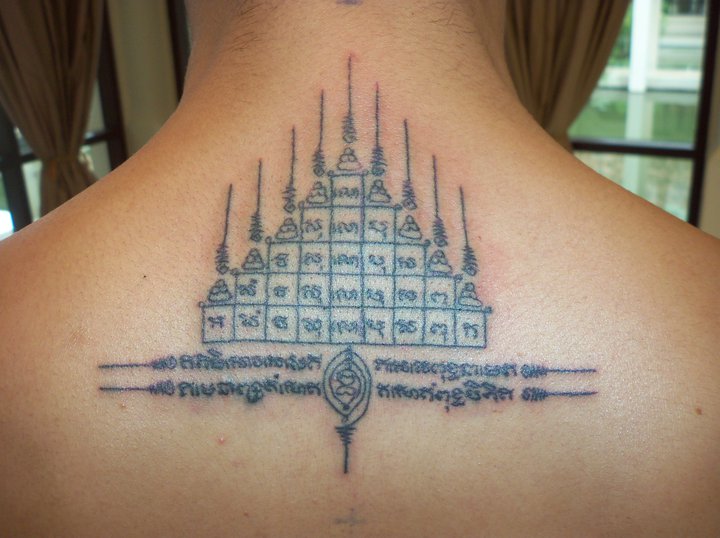