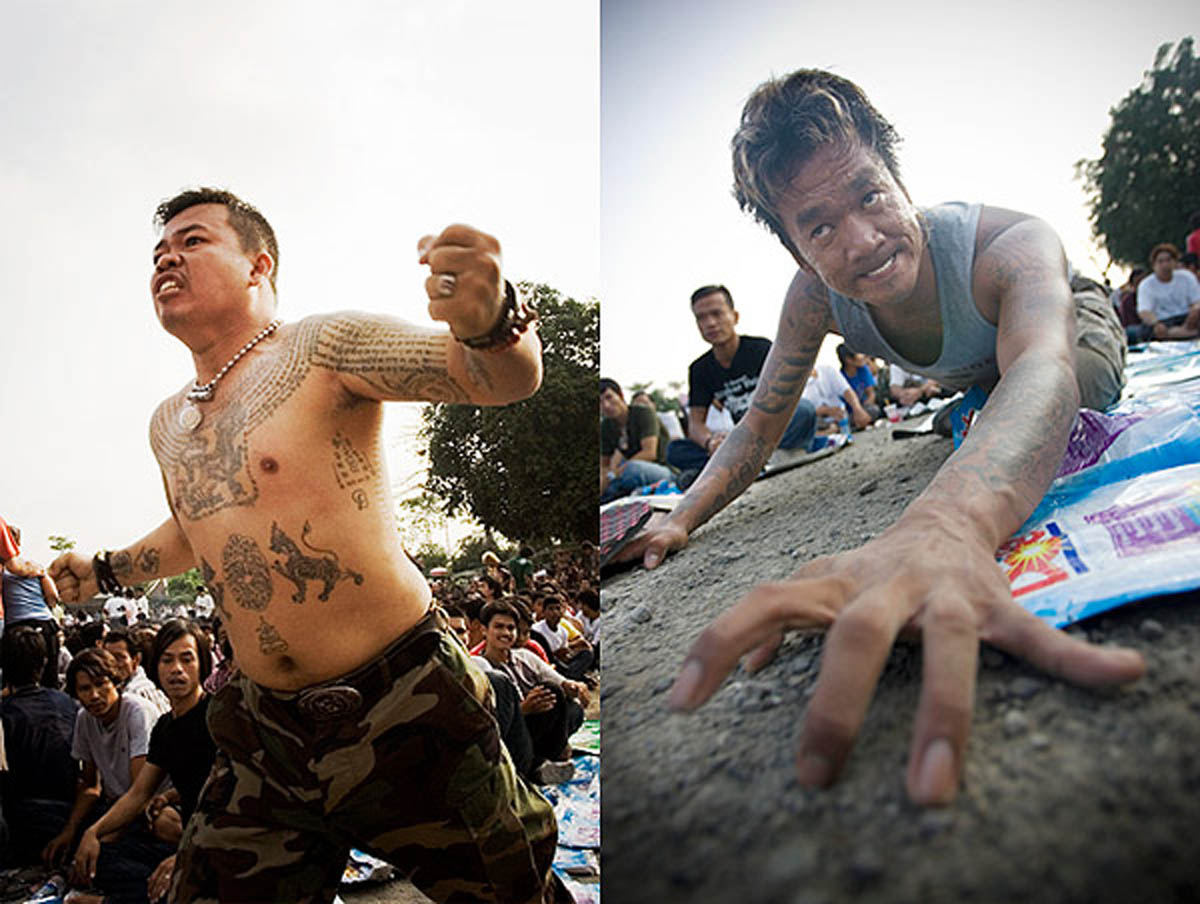 Wat Bang Phra is a Buddhist temple 50 Km west of Bangkok where the late abbot, Luan Phor Pern was famous for his tattooing skills. Every year, the Temple hosts a Tattoo festival for which thousands of young men with suspicious occupations gather.
The tattoos, known as Yantra, are said to have magical powers against knife and bullet wounds! Thus, the tattoos are popular with soldiers, policemen and, above all, members of Thailandâs underworld. At the festival, men are taken over by the spirit of their tattoos and mimic mythical creatures in a state of trance. Tattoo enthusiast, Hollywood star Angelina Jolie, has a yantra tattoo on her back.

A man in a state of trance mimicking a crocodile.