Analysis and Transliteration of Yant 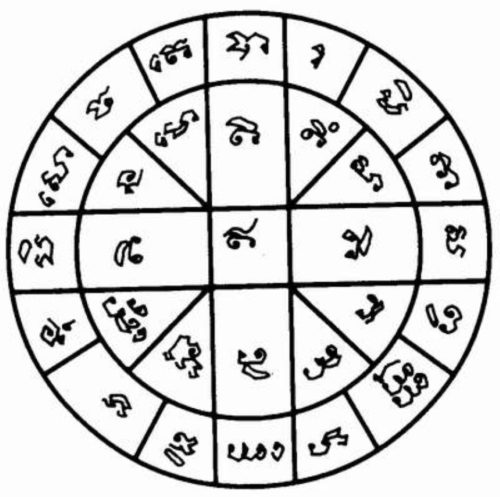 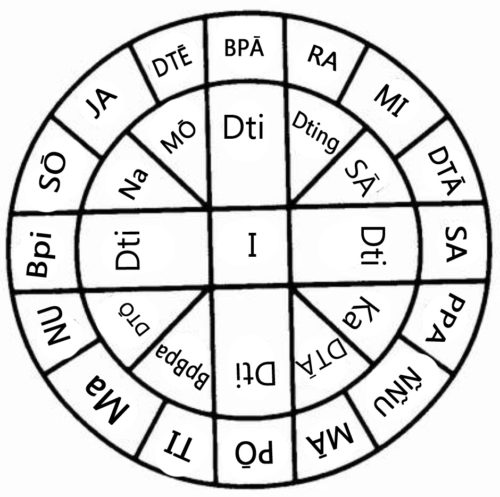 Yant Baramee Pra Putta Jao is a “Yant Duang’ round type Magical Yantra with Khom Agkhara Syllables within each section of the interior cubicles of the design. Each syllable within the Yant, is encoded with statements of the 10 perfections of the Buddha (Pāramitā), and contains various potential arrangements of syllables according to differing reading sequences possible within the round Yantra form. The Yant contains formulas, which form different  ‘Kata Chants (Buddhist Prayers and Incantations), each declaring aspects of the Merits of the Buddha, and the Buddha -Dhamma. The Yant is also caqlled by some ‘Yant Baramee Sip Tat. The Yant contains mention of four important incantations, whose syllables are present within the codex; 1. Idti Bpaaram,idtaa Dtingsaa (Calls the power of 30 perfections completed by the Buddha) 2. Idti Sappannu Maa Kadtaa (Calls upon the Power of Pra Sappanyu), 3. Idti Poti Manu Bpadto (Calls upon the Power of Potiyan Bodhicitta Enlightened Mind), Idti Bpiso Jadte Namo (Calls upon the Power of the Buddha to fulfil the previous three beseechments/prayers)

The encoding of the Khom Agkhara is unreadable unless the reader is knowledgeable in the various Kata and Pali Phrases, and understanding their allocated abbreviated syllables which symbolise the whole parable. A truly knowledgeable student will recognise a plethora of possible sutras and incantations, and references to the Buddha-Dhamma within the Khom Agkhara Syllables, by reading them in different sequences and patterns, backards and forwards, clockwise and anticlockwise, from insidt to outer rim, and vice versa.

Taking different cubicles as the starting point will produce differing results and meanings. This is how a Sacred Yantra can contain and possess the Dhamma and the Power of its Indisputable Truth within a condensed form, using Sacred Geometry, Numerology and Abbreviated Symbolism, to arrange complex formulas of great symettry and beaty, which enclose themselves and protect their own statements of truthg (Dhamma), by covering every angle, and declaring every aspect of the Dhamma represented within the Yantra. The Yantra is hence not only Indestructible in its form, it is also a work of Genius in the complexity and completeness, and balance of its Composition. The Yantra Itself in truth speaks of the ‘Going Beyond’ which is of course the Para Mita

Two of the above virtues, mettā and upekkhā, also are brahmavihāras.