This is a hybrid between sak yant and Thai Mythological tattoo, because it will be embellished later with agkhara and blessed once all the imagery and backgrounds are put in there and the storyline of the tattoo is completed.. Pra Ram and Totsagan will be included as well as Nang Sida. This is Majchanu, son of Hanuman and Nang Suwanna Majcha, featured in the Thai Ramakian Epic tale of Vedic lore. There is much more background and imagery to be connected, and can thus be considered ‘work in progress’. Made using single use sterile needles and autoclave sterilisation, ultrasonic cleaner etc in my Dtamnak (name for a small samnak) on Koh Lanta island in Krabi Province. 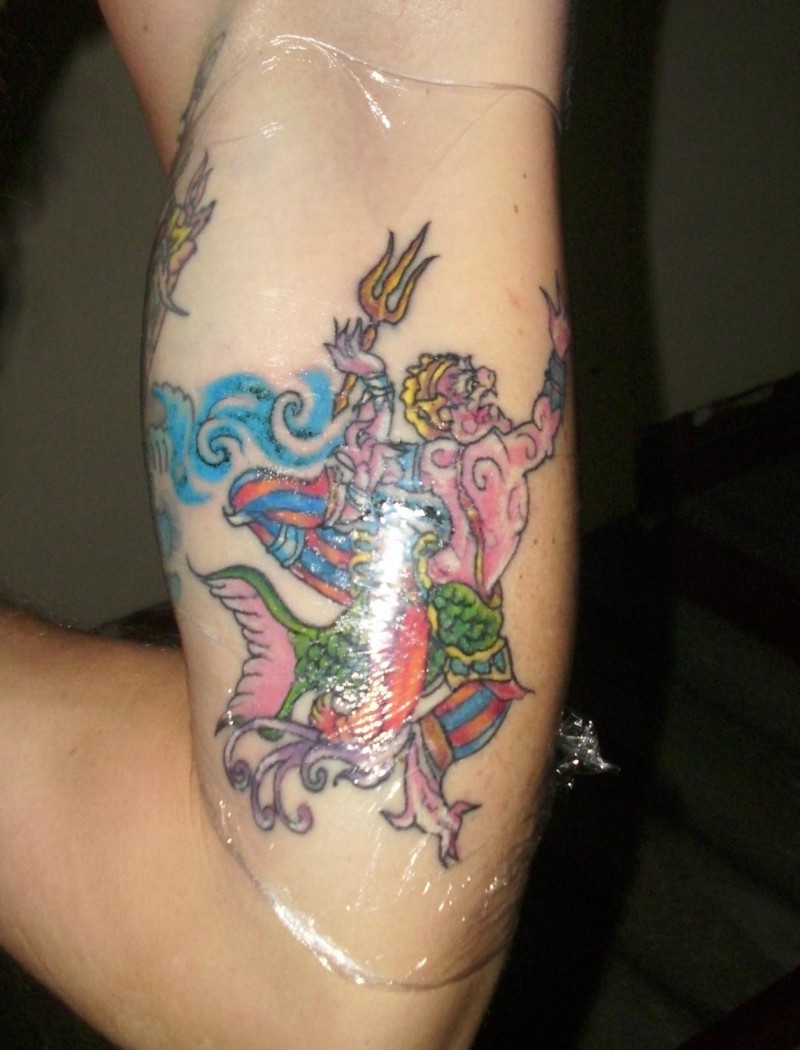 The present location is what is in the process of becoming both the home of Ramakian Tattoo studio (focusing on Hygienic tattooing of Mythological imagery and Deities from the Ramakian, Buddhism and Brahmanism), and what is soon to also host (in the back of the building) the beginnings of a dtamnak sak yant and Ashram (Ruesi). This is stage one of my attempt to initiate my project of a sak yant foundation to collect and preserve the various wicha, and provide a place of learning and practice with hopefully eventually a piece of land in the forest with some huts for those who visit to stay and practice in. A museum of sak yant and Thai occult related paraphernalia will aslo be acquired.

I am relying on the income i shall be finding through tattooing both sak yant and Thai Ramakian tattoos in hygienic conditions according to traditional ceremony to finance the rest of the projects, and do not hope to rely on donations. What is sure is that once the dtamnak is open, the Thai people will give plenty of support ti the project as well as my own contributions which i will finance with sales of the e-books and e-zines i am publishing. 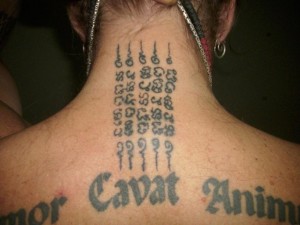 Here is a more traditional looking one i did trying to acheive the fatter style of lining for an adaptation of Yant Ha Taew which was forced to be made square instead of oblong (rectangular) which left l;ittle room for the Unalome, but i managed to fit it all in in the small space somehow. The Kata is abbreviated but contains the same meaning and power as the extended version. I still have a lot to practice with freehand sak yant and this tattoo has assisted me much in investigating the difference between using bold and fine line techniques