Ajarn Hlek Dam Dtechatammo is a Sak yant Master resident at Wat Nern Patanaa temple, Gong Tuul, Hnong Pai, Petchaburn – the ask the Taxi driver to phone and ask for directions in order to find your way to the temple in Ampher Hnong Pai in Petchaburn.

In the gallery below the video clip, you can see some Tagrud Amulets made by Ajarn Hlek Dam, and an example of one of his sak yant tattoos, as well as images of Orbs seen in the temple of Wat Nern Patanaa and another phenomena which i started calling “the portal” after my stay in Wat Bang Nom Kho where i also managed to take a multitude of fotographs like these – whenever orbs are present in fotos, there is often (almost always!) a smaller, brighter light in the distance higher up – when i zoomed in the light seemed to be some kind of firefly-like shape. On closer scrutiny and magnification i noticed that the “wing-like” protrusions on the glowing object seemed to be also orblike forms which appeared to be emanating from the bright point of light. 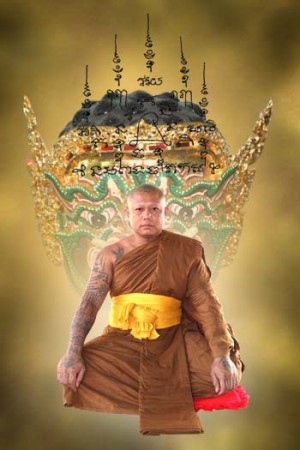 Above; Pra Ajarn Hlek Dam with the Mask of Pra Pirab behind him. 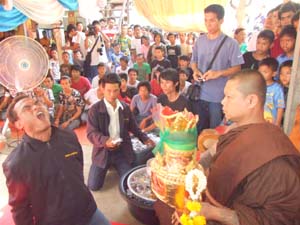 I concluded from this (personal theory/belief/opinion), that the point of light is a portal and the source from which the fainter and larger orbs were emerging from.

In the fotos taken by a Thai devotee at Wad Nern Patanaa, this phenomena seems to be identical. Onlt difference being that thw fotos here are more blurred than the ones i took.

I still have some of those fotos but unfortunately the larger ones were destroyed and am only left with the smaller reduced for web examples. I shall post them here when i have time to look for them in my folders of thousands of pics,so you can compare the phenomena. 😛 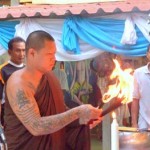 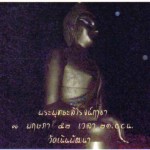 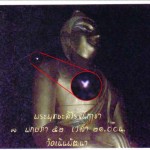 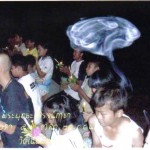 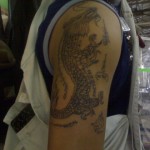 Author’s note; Remember that paranormal matters are a matter of personal belief and should be considered with the use of discernment and common sense.