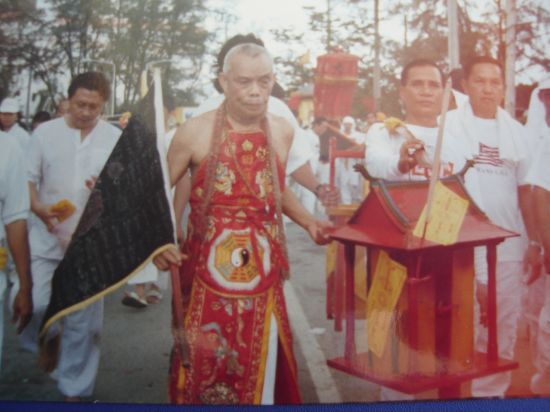 taken from; Breaking News – Singapore >>>>>
In Singapore, both Sak yant and Mediumship has taken off like never before, with a great number of the younger generation now becoming mediums for Devas (Deities) to inhabit them – in Thai this is called “Rang Song”, whereas in Singapore they use the Cantonese name “Dang Gee”. According to the Singapore online News website “Straits Times”, “about seven in 10 practising mediums here are in their 20s and are often blue-collar workers”.

Here is the article as published in the straits times
MORE young people here have become mediums in the last decade, veteran temple administrators said. Believers say that mediums serve as messengers for deities.
About seven in 10 practising mediums here are in their 20s and are often blue-collar workers, said Taoist Federation (Singapore) chairman Tan Thiam Lye.
Prior to the year 2000, he had not seen a single medium, known as “dang kee”  in Hokkien, belonging to this age group.
Practitioners are growing younger as more youths are getting involved in temple activities, Mr Tan explained.
He added: ‘Ten years ago, there’d be just over 10 old folk tending a temple. These days, there can be over a hundred youngsters organising a single temple event.’
This is a result of efforts by Taoist temples to get more young people involved in their activities in recent years, he said.
Mr Tay Boon Ho, 68, temple keeper of Chwee Hean Keng in Zion Road, agreed. He said: ‘I see a lot more young dang kee these days taking part in temple processions.’
But mediums aged below 19 are very rare, said Mr Tan. This is because parents would usually plead with the deity to let their children grow up first.
Believers said that, typically, mediums are ‘picked’ by deities to represent them through repeated supernatural encounters.
Their status is sealed once another medium confirms the mandate, and they receive a ‘decree’ – a triangular satin flag – from the Jade Emperor or the Emperor of Tai Shan, said Taoist master Jave Wu, 30.
Young mediums have come under the spotlight recently as a coroner’s inquiry found that self-styled medium Ku Witaya and his friend, both aged 16, had killed themselves in the belief that they were going to save the world.
Link; The Straits Times – Breaking News
?The video documentary below shows a medium of the Chinese Deity “Jee Gong” performing various “miracles” such as sitting in a chair with extremely sharp nails which rip his robes as he sits forcibly upon the chair, pierces his cheeck and cuts his tongue with a sharp knife. In the the video the narrator travels to Jantaburi to see the Rang Song of “Guan U” “Jee Gong*”, who claimed to be Dang Gee of the two Deities for many years and had a massive following of devotees; In the fiunal part of the documentary the ex medium reveals how he used tricks to fool his devotees by using miraculous seeming feats of special abilities (i.e. sitting in a cauldron of hot oil, sitting on a bed of nails, walking on broken glass, cutting one’s tongue off, pulling nails and hair out of the devotee’s body, and other amazing  feats).

In the closing scene of the documentary the Narrator asks the ex medium if there are such things as living deities or not; The ex medium of San Jao Dtia Guan U temple answers with another question – “do all humans on earth have to be born, get old, sick and die as is taught in Buddha’s four noble Truths? – the narrator answers “yes they do” – “In that case, then no there are no Humans who are exempt from the laws and rules of nature. This is of course a matter of opinion and belief. Decide for yourselves what is true, but if you seek Deities through humans acting as mediums, please be very discriminating and use your common sense to decide what is real and not real. If you do not have discrimination, you may fall prey to charlatans and moneymakers who will peel you of all they can, without you recieving even the slightest blessing. This docuumentary attempts to reveal which kind of medium is a real one and which is a fake
Remember the words of the Buddha always;
“Do not believe in what you have heard; do not believe in traditions because they have been handed down for many generations; do not believe anything because it is rumored and spoken of by many; do not believe merely because the written statement of some old sage is produced; do not believe in conjectures; do not believe merely in the authority of your teachers and elders. After observation and analysis, when it agrees with reason and is conducive to the good and benefit of one and all, then accept it and live up to it” (The Buddha)

In the End the Medium introduces his true name as Choo Chad Ngam Garn, and reveals that he is a conjurer who was just giving a show to let people see that people wishing to find a Medium can easily be tricked into believeing by charlatans. He adds that Sacred Things such as Deities cannot or will not enter a Human being who is impure, and that people who have a spirit within them are inhabited by ghosts and impure spirits, not Deities. If a person wishes to decipher whether an alleged medium is for real or not, one only needs to enter the samnak and invent an event such as “my son has disappeared” or take the horoscope dates of someone who is already dead and ask them to foretell the future of that person, and it will be clear to see if the medium knows the truth or not. If it is a Deitiy then the Deity will know you are lying, or will say “this person must already have died.

*Jee Gong was refered to as the drunken Arahant who ate meat – which is disputable because an Arahant would clearly not drink alcohol, nor eat meat 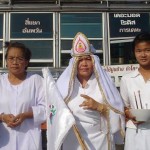 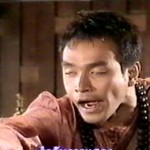 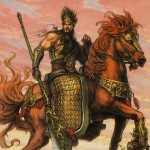 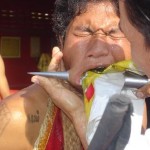 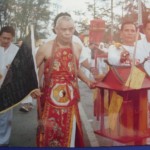 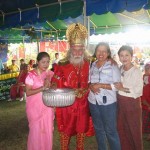 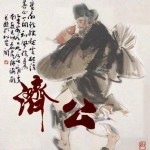 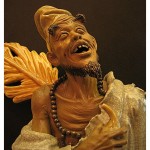 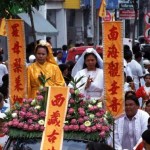