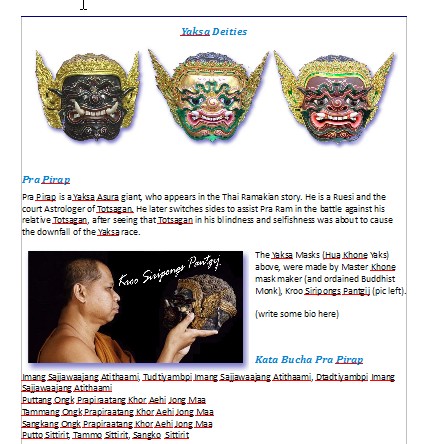 Issue 4 of  Buddha Magic is proving to be relatively Sak Yant Orientated, with three Yant related stories, two of them tattoo related. The first story is the Dtamra of Yant Duang Pichai Songkram (great Yantra to win wars with), which was used by the Siamese Army in various major battles of Thai History. Yant Duang Pichai Songkram is one of the Greatest and most complex Yantra in Thai Sacred Geometry, and of Great Historical Importance.

The other two stories are based around the Biographies and Tudon tales of two of Thai Historys Great Sak Yant Masters; LuangPor Pratueang of Wat Daan Jaroen Chai, and Luang Por Guay of Wat Kositaram. Their Looksit who continue the Lineage are also presented, along with pics of them at work, and their work, and some talk about the Yant Kroo of Luang Por Pratueang, and his amulets.

Luang Por Guays Wicha of Sak Yant is talked about along with a full Biography of his life and Religious trajectory.

I think the article which fascinates me the most is perhaps the one about the Yant Duang Pichai Songkram, and the Dtamra Pichai Songkram Grimoires which were found in Petchaboon. The use of Sacred magical yantra and the sacred Geometry of War in employing troops into battle is a fascinating aspect of Yant magic, which is a Wicha i would love to study. The Thai military stopped using the Dtamra Pichai Somgkram for War Strategy after the Western World began to use mechanized weapons and the advent of flight came upon us. Before that, the mix of stategy and magical means along with astrology and sacred geometry was the main method of war making in Siam. You can read an extensive article on this topic in Issue four of Buddha Magic, i have decided to keep a section dedicated to Sak Yant in each issue, and try to open up the path to more information as to all Sak yant Dtamra around Thailand, past and present, and to keep studying and revealing the Sacred Yant designs. 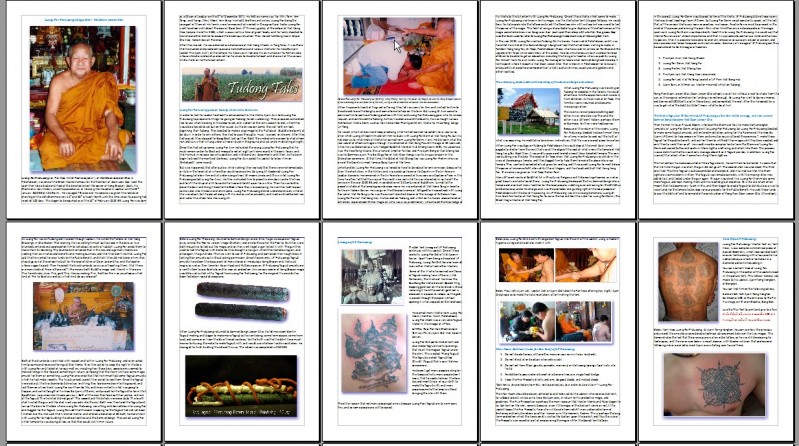 Apart from this. a host of other interesting topics are planned, such as two differing legends of the Nang Gwak waving lady Deity, An article about how to practice using different numbers of incense sticks, different color candles, and how to pray top the triple gem, the symbolism of the incense, flowers and candles etc.. 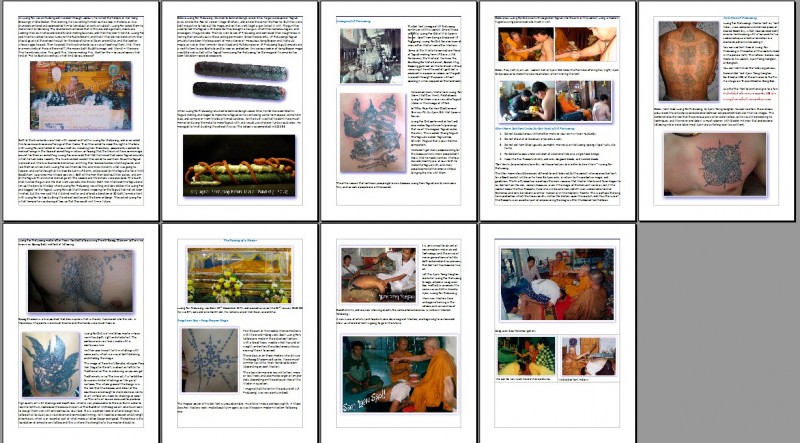 Some articles on the Kroo Masks (Hua Khone – Ruesi and Deity masks), their use in Thai Ritual ceremony, the legend behind each Deity, and the way to worship and chant Kata for each one. This article is proving to be a very interesting one indeed, with very detailed info on how to practice ‘Bucha Kroo’ or pray to Ruesi and other Deities. Basically each Mask has a synopsis and then the Deity’s history/legend, and Bucha method is described for each Deity, as well as which Kata to chant for each one.

The continuation of the Pra Somdej Wat rakang Amulet and Somdej Pra Puttajarn Dto Prohmrangsri legend is to be included as usual. I have about four other stories which i plan to add, which i still prefer not to disclose,. for changes can always happen. 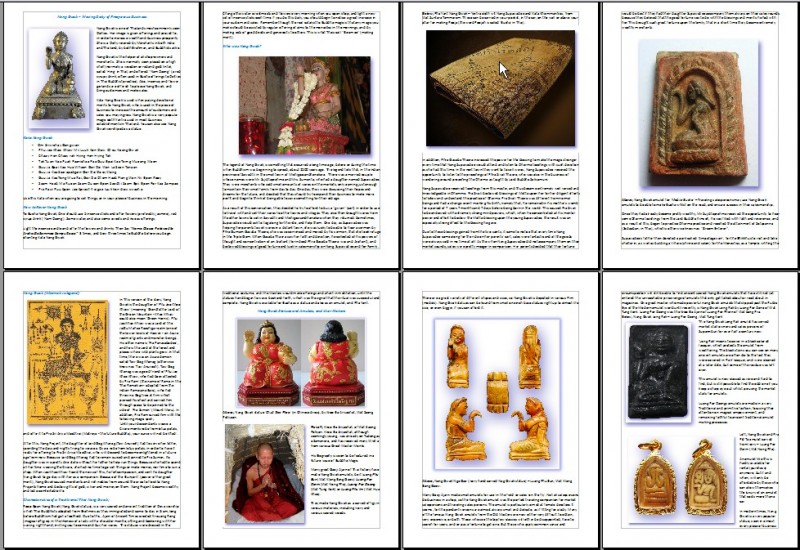 Slideshow (this slideshow wil update as i add more screen shots during authoring).