These pictures in the gallery below are of Ruesi Master Ajarn Mak from Singapore. Ajarn Mak is a Singaporean Ruesi who is a disciple of the lineage of Ajarn Mun (master of Luang Por Chah of Wat Nong Pah Pong), and an extremely knowledgeable and practised master, both in matters of Buddha Magic and of Dhamma practise and Meditation. He doesn’t make sak yant in ink, only in oil. But he performs other duties such as amulet making, fortune telling, laying to rest of restless spirits, removing bad karmik influence, and Life Analysis, as well as leading regular Meditation sessions and poojas and Dhamma teachings in his Samnak Ruesi in Singapore. He also has guest monks and masters to make Sak yant tattoos occasionally too.

Ajarn Mak will be moving to a new Samnak soon, so we will be publishing the new adress here soon, as well as creating a page on the Samnak Sak section on the top navigation menu for him too when he has moved. Since my disrobing from the Sangha i have now moved to Singapore for the moment and shall be helping aAjarn Mak in his Samnak with the Dhamma lessons in english as well as the meditation sessions and occasionally making sak yant, as well as bringing the occasional Ajarn Sak yant from Thailand as a guest master for visits.

We shall also be working on publishing Thai Theravada Pali chanting prayers and Dhamma teachings in the  English language in the near future, in order to increase the availability of information on Buddhism for the devotees from various native races in Singapore who visit the Samnak, and for distribution around Singapore Buddhist communities.

Ajarn’s Samnak also has a wide selection of powerful Thai amulets for rent in the Samnak, but they are not just put up for sale on a commercial basis, rather are considered and thought about to see which amulet is the right one to fit with the needs of the devotee.
[ad#widetextmiddle]
I apologize for the fact that a couple of the images are a bit blurred as they were fotographed in the frames they were in, but i felt they were important pictures to show the background history of the samnak. A full biography of Ajarn mak will be appearing soon on the samnak sak pages, along with his contact details and phone number for appointments and details of the activities you can attend there. 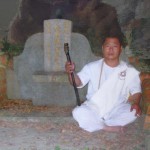 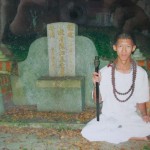 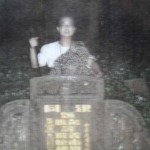 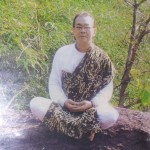 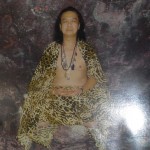 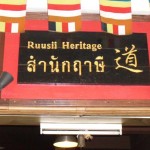 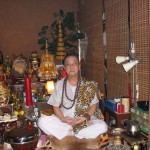 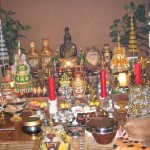 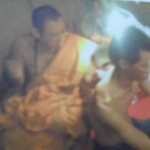 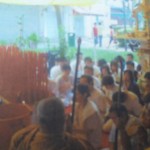 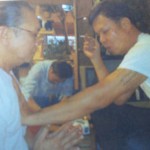 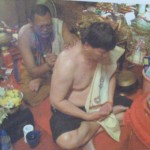 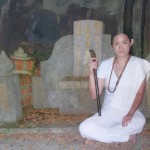 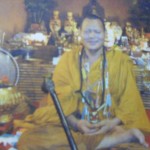 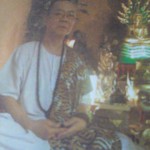